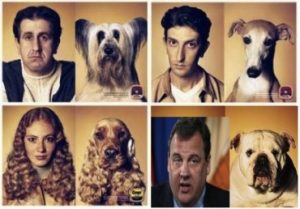 Roger Caras, the famous photographer and writer once said that “Dogs are not our whole life, but they make our lives whole,” and nothing can be truer than that. They share our lives and have become such an integral part that life without them seems colorless.

Dogs smell you even when you’re yards away from them and cannot see you and it’s a wonderful welcome that you get when you enter your house—jumping on you and licking you as if they haven’t seen you for ages. They give unconditional love and that’s why they’re treated as part of the family.

That being so, is it really surprising that studies suggest that man’s best friend- the dog acts more like human beings do? Researchers in Japan believed that the hormone oxytocin (that triggers maternal caring) is also produced in dog owners and in dogs when pets gazed into their eyes; making such amazing bonding possible.

These animals are by nature very affectionate and they have a natural instinct to bond. In fact they love to be petted and caressed just the way all human beings want to be– at least deep down. During the course of their evolution from wolves to becoming pets, dogs have acquired many human-like- traits. To substantiate that, it has been found that dogs reciprocate human emotions and exhibit anger, happiness and guilt just like human beings do.

When dogs do something that they ought not to have done and they’re caught doing it, they act guilty—they just slink away with the tail in between their legs, droop their ears and sit under  a chair or table, looking at you apologetically. They can even recognize when you’re angry with them and are quick to note the difference in voice, tone and body language of the owner.

Researchers led by Kazuo Fujita, a professor of comparative cognition at Kyoto University, showed that that dogs snub people that are mean to their owners and will even refuse food offered by such people. He proved his point by actually demonstrating how dogs made “social and emotional evaluations of people when it came to their owners.

In role plays where dog owners needed to either open a box or retrieve some tape from a container, dogs accepted treats from people who helped their owners in the job and refused food from those that didn’t help their owners. Neutral persons that remained in the room were preferred over the non-helpers. Dogs instinctively distinguished between friends and foes of their owners and reacted accordingly.

Jealousy, a trait normally associated with human beings can actually relate to dogs as well. Dogs like attention and if they see their owners being attentive to someone else or another dog, they try to come in-between.

Christine Harris, one of the researchers at the University of California at San Diego’s, noted that even “animals display strong distress whenever a rival usurps a loved one’s affection.”

Pet experts say that dogs too are grief-stricken at the loss of a favorite person and mourn in their own way when they are separated from their owners for long periods of time. They tend to sleep more, eat less and don’t play as much. They also experience fear like human beings, sadness, and anger and are extremely possessive, just like human beings are.

If you stopped in the middle of a road and looked upwards, you’ll find that many people too will stop and also look up to see what you’re looking at—the same holds true with dogs, especially if they’re in a room with a door. If the owner looks that way, an untrained dog looks at the owner and then at the door, wondering what the owner is looking at. Such behavior is often seen only in humans and chimps, perhaps. A trained dog looks more at the owner’s face rather than at the door because they are trained to retain eye contact with the owner.

Research has shown that with age, short-term memory and logical reasoning skills decline in human beings—dogs too apparently experience the same decline.

Josh Billings said, “A dog is the only thing on earth that loves you more than you love yourself,” and even that’s an understatement– there’s really nothing more human and more lovable than a dog. It’s not man’s best friend for nothing. Sometimes it’s more human than even humans.

Do you want more information and training on your dog’s behavior?